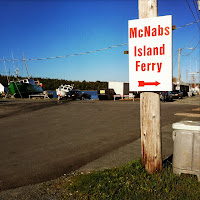 A few weeks back, some friends invited me to join them for a day trip to McNabs Island, a small island at the mouth of the Halifax harbour with a big history. While the island once played an important role in defending the harbour, it is now a quiet provincial park restricted only to those who take the short boat ride over. We spent a number of hours roaming through the old military bunkers, walking the beaches and exploring the landscape. The following few photographs were mostly taken in Fort McNab, but also on Maugher Beach and throughout the other fortifications. 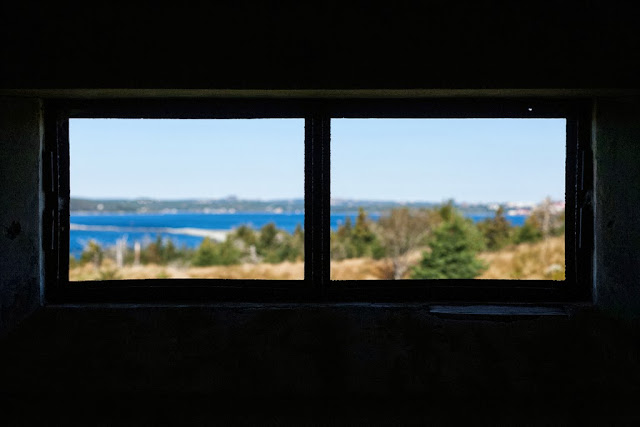 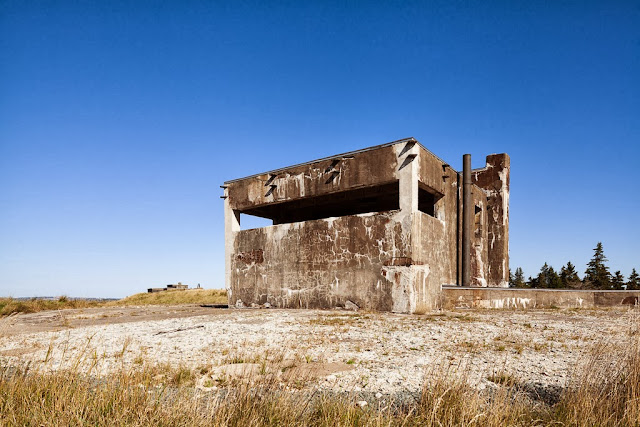 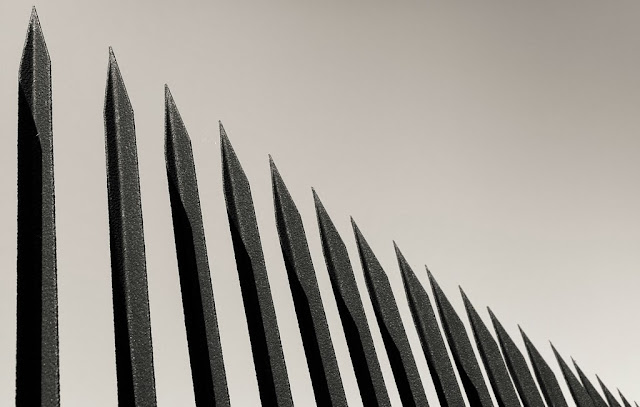 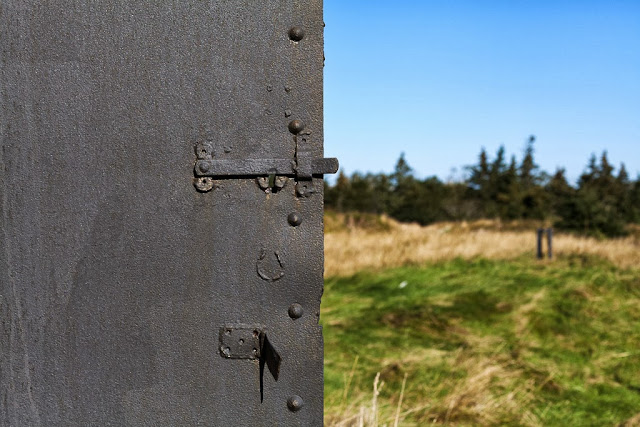 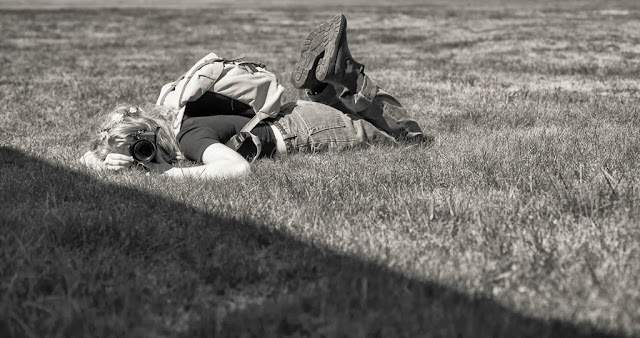 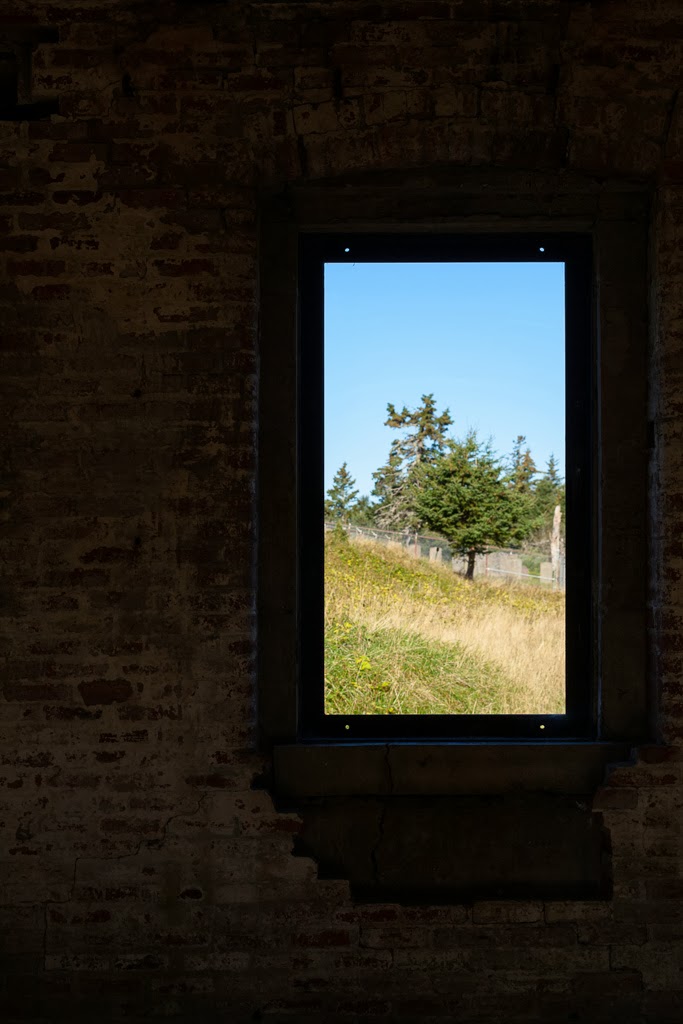 Posted by Eliot Wright at 10:17 AM No comments:

Liz and I spent the past week visiting more locations throughout Pictou County, ranging from operational industries to forgotten furniture factories from the 1700's. Perhaps one of the most spectacular sights was our return to the Pioneer Coal mine in Stellarton, having been granted access through the head office. The site manager was a friendly and welcoming fellow with a wealth of knowledge about the mine. After outfitting us with hard hats and reflective vests, we hopped into his Ford F-150 and descended into the pit. Considering that only about 45 people are currently employed, the mine was bustling with activity with large dump trucks, diggers, and "rock-saws" weaving there way through the black-earth roads.

Our first stop was an old shaft from the historic Foord seam, exposed through present day mining activity. Peering down into the eery darkness, we couldn't really imagine people manually carving away the shaft years ago. Part of the job of the present operation is to fill in and secure old shafts like this so they are stable for the future. We found the layers of sedimentary rock that entombed the coal quite beautiful and an important part of the history. As we finished the day, we were impressed that our chariot—the F-150—managed to get over the rugged terrain and were both pleased to have left our hard hats on in the truck as well.


Though our project is in its early stages, we've already met a number of locals willing to help us out. In Bridgeville, we were directed to a local graphic designer and historian who has a wealth of knowledge about early industrial exploits in Pictou County. On Thursday, he toured us through the woods near Bridgeville pointing out old iron ore pits and forgotten rail tracks. We explored an old slag heap near the former town of Ferrona, purposely established for iron production—the name came from ferrum, latin for iron. As the sun began to set, we visited the tranquil site of a stone furniture factory, constructed over 220 years ago. Pre-dating coal (and the industrial revolution) this factory and the nearby grist mill used water power from the nearby river. This location is a fine example of the undiscovered history that surrounds us in Nova Scotia.

Posted by Eliot Wright at 4:13 PM No comments:


With its rich industrial history and a family connection in downtown New Glasgow, the region seemed like an ideal location to begin working. Having photographed Maritime Steel in the past—thanks to local photographer Tony Decoste for the name correction in my last post—Liz and I decided this would be our first stop. Mixed lighting conditions resulted in a few successful frames, with a couple of shots planned for a better day.

Nearby Stellarton is home to one of two remaining coal mines in Nova Scotia and is another important site to visit. A quick evening walk to the Stellarton water tower revealed vast open pit mining, with beautiful seams of coal. The light was perfect, but didn't last long.

Perhaps the most exciting aspect of this past week was visiting Nova Forge Corp in Trenton. The forge still has its early twentieth century smokestacks that flank the east side of the building; a constant reminder of the area's past history. To our surprise, production at Nova Forge had stopped in February of 2013, following a fire a year prior. But the manager—a very helpful and informative fellow—was searching for a way to get the place back up and running and showed interest in our project, allowing us exterior access and was looking into interior access for us as well. Based off of what we saw inside, the interior should make for some compelling photographs.

Posted by Eliot Wright at 3:10 PM No comments:


After careful thought—and some procrastination—my partner Liz van Allen and I applied for an Arts Nova Scotia creation grant in May of this year. To our great surprise, two letters arrived in the mail a number of weeks later; we had received the funding! 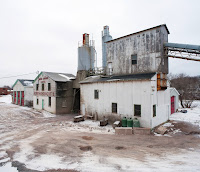 The project will focus on Nova Scotia's industrial history, especially that of coal, iron, steel and other mineral exploits that have played a large role in the development of the province and in the jewellery making process. It will begin with the researching and photographing of operational and non-operational sites across the province. From there, details in the photographs, the landscapes and the physical materials will be used to influence Liz's jewellery designs.

Industrial sites and architecture have been a reoccurring theme in my work, beginning with Grain, 2010, and continuing through subsequent works. These themes also engage Liz, albeit in a different manner. In her previous work, The Topographic Series, 2012, she explored locations of personal importance through maps and arial imagery, drawing upon lines, elevations, and other visual elements to inform her jewellery pieces.

We both have experience in our respective areas, but it is the collaboration between photography and jewellery—two usually very separate mediums— that really excites us. Make sure to check back frequently and we'll keep you up to date!